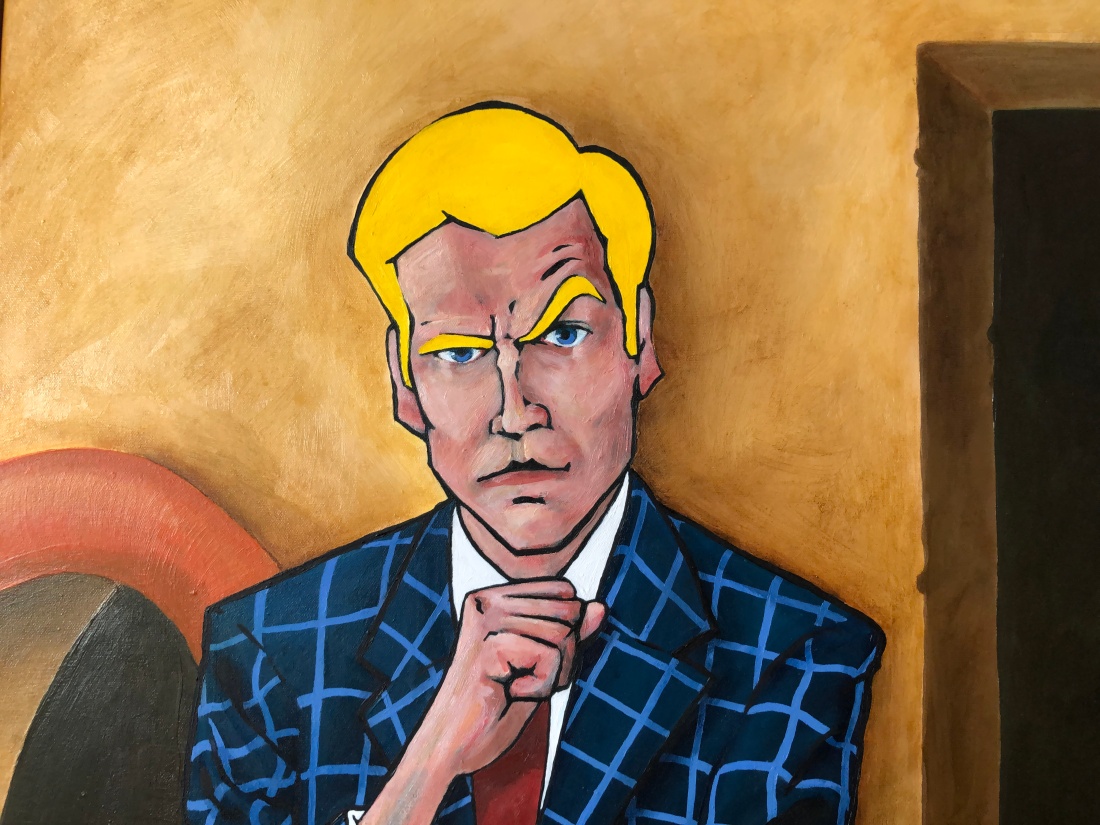 At about 1.30am at a housewarming in Enmore, I garbled that awful pitch to my friend Greta (loudly) over the house DJ that was blasting music that was frankly aggressively too youthful. Greta was a presenter on Tonightly on the ABC. Tonightly was, at the time, breaking the mould for the ABC, putting politeness to the side and shooting for jokes based on raw honesty – speaking truth to power. The turnaround was only 7 days but the show was able to churn out brutal gold every week. Greta and I started our artistic careers at UNSW and like me and some other friends at UNSW and USYD, happened to find ourselves turning our comedy skills to politics. I didn’t plan to get into political cartooning but I felt a responsibility to do so and also realised how much of a goldmine Canberra was, so I started panning. The ‘mole’ I was shouting about to Greta was Mark Humphries, a mate of Greta’s and another political satirist. Greta said she’d set up a meeting to kick us off.

Mark who has described himself as a ‘poor man’s Baby John Burgess’ and ‘the Bondi Vet’s evil twin brother’ is the co-host of Network 10’s Pointless, formerly on The Feed on SBS and currently on the ABC with the 7:30 report in the satirical comedy slot. I was a big fan of Mark’s work as soon as he hit the scene. He had the sheen of a young David McGahan and the hair of a young wheat field. He has wonderful presence on screen, was consistently funny and cutting and even if he wasn’t keen to sit for a portrait I wanted to meet him.

I was locked in a room for six hours with every political journalist in the country. This is my story. #Budget2019 pic.twitter.com/8vmUY78KWK

Mark said ‘yes’ to the portrait and in the first sitting we got on like a horse on fire (loud and quick). Over the last few months while sketching, painting and bringing Mark in for more sittings, I moved away from focussing on the gameshow host of just ‘hair and teeth’ and moved towards painting Mark as his political satire persona, an on the ground reporter. The painting then required a powerful stance with heavy colour and line but the character had to be undercut in some way so, as well as a cheesy pose and hinting smirk, I took the might of the nations capital and sifted down to it’s most daggy and simple icon with the Canberra bus shelter for the background. 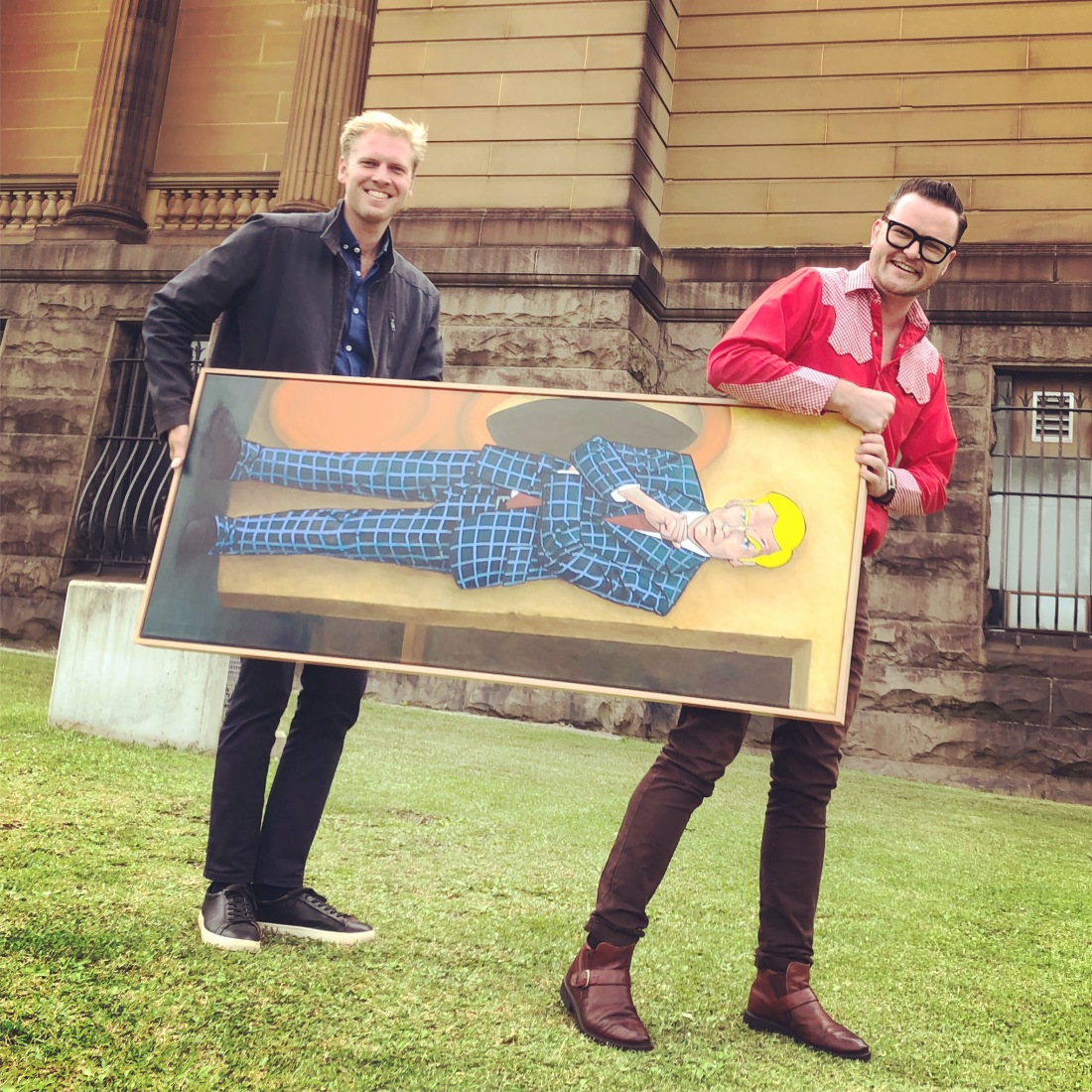 We delivered the painting at the end of the week and ate lunch at the gallery. I have my fingers crossed for the Archibald Prize in a months time but mostly am proud to have painted this work and promoted political satire a little more in Australia.

One thought on “Painting Mark Humphries”