Back in 2014 when I was a couple of years out of Uni and on the look out for illustration jobs, I came close to drawing cartoons for a book that explained physics entirely through jokes, the book wasn’t picked up but I kept in contact with the author, James Colley. James and I met through different university comedy societies, James continued writing and I kept drawing and we both marched forward without losing our comedy roots.

Nominated for a Young Walkley, creator of  SBS Comedy’s The Backburner and Nailed It at Giant Dwarf, James also works on ABC TV’s The Weekly: with Charlie Pickering and Gruen. James has his teeth well and truely sunk into the Australian political satire scene and in 2017 released a book as his right-wing political commentator character, Peter Chudd. The book: TOO RIGHT – Politically incorrect opinions too dangerous to be published except that they were by Peter Chudd*, Real Australian (*as shouted down the phone line to James Colley) should have a shorter title and more chapters. It was a snort to read and I wanted more, so while reading the last chapter I asked James if he would sit for me for a portrait as Peter Chudd. Chudd is the kind of character that would assume artists would be chomping at the bit to paint his likeness and would also assume that if the portrait wasn’t picked as a finalist in the Archibald Prize it would somehow be an infringement of his god-given free speech.

Move over Alan Jones and Andrew Bolt, Australia’s leading conservative privileged white man has arrived. And even better, he’s written a masterpiece that dismantles every loony left – or even vaguely moderate – political argument ever made in this country!

In Too Right, Peter Chudd, Australia’s most controversial far-right columnist tells it like it is, unafraid of who’s ‘offended’ by his ‘poorly researched’ opinions. Global warming? The only thing warming the world is the hot air from environmentalists. And what would climate scientists know about climate science anyway? Welfare? Well, that’s anything but, well, fair. Racism? Every columnist has a right to be a bigot – and how dare people dismissive him as a ‘white man’.

Read the tragic story of how this wealthy, privileged man believes he is, against all odds, the most maligned, victimised, discriminated-against person in the entire country for simply daring to speak the truth. Understand his dismay when people describe him as a hideous husk of a human who’s single-handedly tearing the nation apart.

Often portraiture, and portraiture in the Archibald Prize have paintings that are based on a previous portrait or artwork from history. My portrait of the Umbilical Brothers two years ago was based on a Raphael portrait called “Madonna of the Goldfinch”.  My artwork used the physical position of the two central figures and surrounding background as a reference – it was named “Umbilicals of the Goldfish (after Raphael)”. By referencing a historic portrait it elevates your own art and draws a thematic line between your subject and the one being referenced or the original artist.
For the portrait of Peter Chudd (AKA James Colley), I borrowed the expression and physical pose of Velázquez’s portrait of Pope Innocent X. It is notorious portrait also famous for being reproduced by Francis Bacon in his Screaming Popes series. By painting Chudd in this way I am portraying him as a pious stern character, a man of great power. I saw the painting at the Doria Pamphili Gallery in Rome two years ago and is a fiercely personal and true portrait. 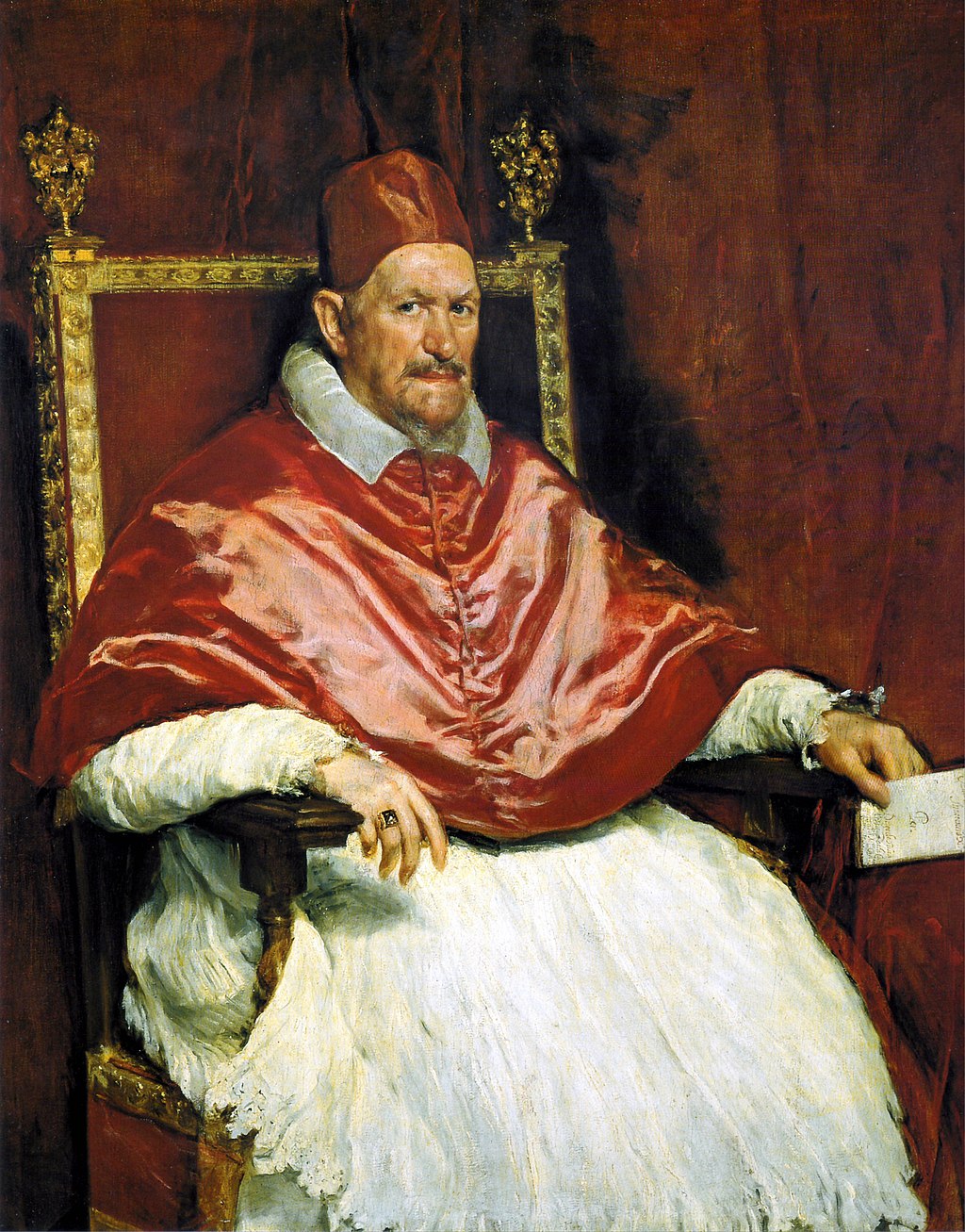 But I felt the portrait itself needed an element of performance. Earlier this year on January 26, a statue of Captain Cook in Melbourne had a bucket of pink paint poured over it as part of the #changethedate protests. This was an event that fuelled so much outrage for right-wing political commentators. The pink paint that is poured over my portrait of Peter Chudd would have him screaming ‘censorship’ and the event on Jan 26 would easily have been a news article he would hammer for weeks blaming the ‘intolerant left’ for their disrespect and violence.

James has been wonderful and energetic through the process and is an all round nice dude. It was great to finally collaborate with James and on the year I scored a gig as a political cartoonist (goat.com.au), James Colley was the perfect person to paint.