This morning I was working in my studio and noticed I was a victim of a devious art heist. The artwork in question was a sculptural work I exhibited at the Shelf Life group show in the Delmar Gallery at the end of 2011. The work did not sell so I have kept it in my studio. Here is a picture of the work on exhibition in December last year. 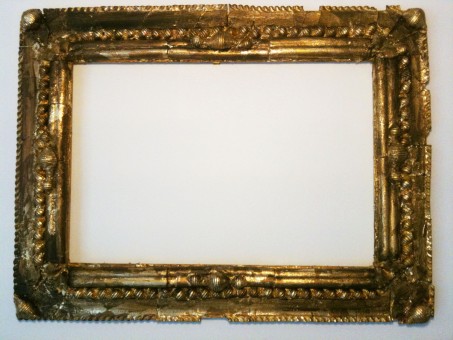 The work is called “San Remo (after Salvator Rosa)” and is a frame made out of San Remo pasta which is then painted with acrylic and gold leafing. Now I know that this particular artwork is not as coveted as Edward Munch’s “Scream” or Da Vinci’s infamous “Mona Lisa” but the master thief has been stealing my artwork in small increments so as I would not notice perhaps? Or perhaps because they can only transport a small amount at a time in some sort of a Shawshank Redemption sting. Here is a photograph of the partially stolen artwork today.

I’m unsure as to when the robbery took place or the whereabouts of the remainder of the artwork.

A wheel of cheese and half of my housemate Jess’ tomato have also gone missing recently.

The culprit has been narrowed down to two possible options.

I’ve spoken to the police and they are pretty sure it’s those American-looking soldiers.
Also, how gross are rats? I’m sooooo glad it’s not the rat because I would hate to have one of those things in my house. THEY ARE MY SECOND WORST FEAR – RIGHT AFTER BIRDS WHICH MAKES THIS GIF THE MOST TERRIFYING THING IN THE WORLD.